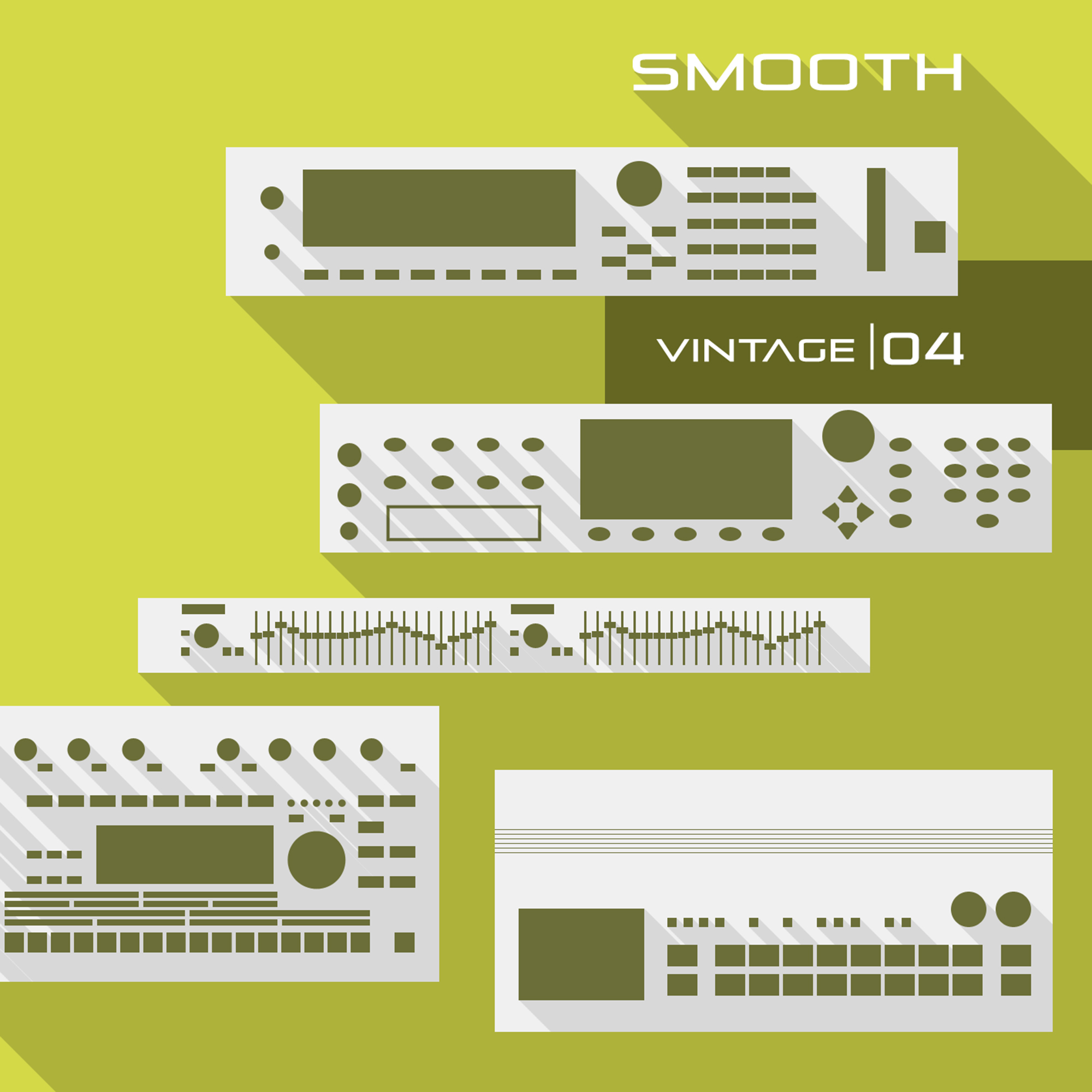 Reviewer: Ibrahim Khider - favoritefavoritefavoritefavorite - January 23, 2017
Subject: Charted territory, but still worth the visit.
Part of the ongoing Vintage series by Cologne, Germany-based Marco Koller aka Smooth, Vintage 04 is among the more ambient-atmospheric and downtempo releases as it is deep, nocturnal and resonates with a touch of romance. Earlier iterations such as Vintage 03 and 02 were more deep techno and tech-house a la Swayzak with strong kinetic energy, but 04 contrasts with a dreamy voyage. Vintage 04 also strives to be 'otherworldly', evidenced in the use of either science documentary or fiction narratives and rocket launch pad dialogues that weave in and out of the sonic aether as well as track titles such as “First Contact”, “Galactic Outpost”, and “Into Space 2080”. However, this star system was already charted by the likes of Basic Channel/Chain Reaction and if you are an Archive.org dweller, Rktic's Northern Lights (THN005) release. That this corner of the galaxy was already explored does not diminish its beauty as it is still a pleasant excursion and Koller guides his spacecraft expertly through the region. The Vintage series and especially 04 works well to download to a digital player and take on long night walks or read sci-fi to or trip out to at home as the shortest track clocks in at seven minutes and the longest, 17. One of the coolest details about production of the Vintage series is that Koller exclusively uses hardware electronic gear and outboard effects to produce them such as an assortment of Korg's, Rolands, and Behringer's and has a comprehensive gear list on his artist site. Case in point is “Into Space 2080” where the tracks starts off dreamily with shimmering Basic Channel-esque electronics and what you initially think is a grooving bassline then morphs into TB-303 acid tones followed by nice, understated rhythms and beats. The Vintage series is a treasure find for electronic/deep techno enthusiasts and Marco Koller is a skilled purist worth listening to and following.